The Power of Delegation in Business

I started my first business, an accounting firm in Noosa, with 3 clients. I was the accountant, the coffee maker, the secretary, the cleaner. Why? Because I was the only employee.

I had my third child on the way, not much in the way of savings, a house with a mortgage and a wife who stayed home to raise the kids. I had to make this business work.

Oh, there was a plan B. If it didn’t work we were going to buy a caravan and head off to Broome, Western Australia with the kids in tow.

It amazing what you can achieve when you put in the hours, have a belief in your vision, don’t have a fear of failure and make your business a bit different from your competitors.

I ended up building that little accounting firm in to quite a large firm, perhaps the largest on the Sunshine Coast at the time. It was by listed by BRW ( Business Review Weekly) as one of Australia’s top 100 Accounting Firms by revenue and one of the country’s top 10 Fastest Growing Accounting Firms.

Before selling the business I had close to 50 staff working for me.

Believe me I made plenty of mistakes along the way, but one of the greatest skills l learnt was delegation. Once I mastered  delegation it freed me up to do what I did best and that was being the rainmaker – bringing in new clients. That’s when we started to get real fast growth in the business.

But boy – it took me a couple of years to learn the value of delegation. You see, like many business owners I was a control freak. I thought no one could do the job as good as me. That’s why I had to be involved in every clients accounting and tax affairs. But as we got larger, with more and more clients, that was starting to kill me. There are only so many hours in a day and soon I was working six, sometimes seven days a week often starting at 7.00 am and getting home after 7 pm.

Delegation became a win – win for me and my staff. It meant I could potentially reduce my hours, though I still continued to carry on as a workaholic but I was now working on the tasks I liked which increased my happiness. It meant the revenue and profitably of my business went up enormously.

For my staff, with greater client contact and far more accountability they progressed far quicker to become accomplished accountants. Though of course there was a potential downside to that in that the more entrepreneurial accountants sometimes left to start their own business.

In the end I had a business that functioned profitably whether I was there or not.

Not matter what type of business you own, ask yourself what would happen if you said to all the staff – “ I’m heading off now for 12 months? I’m going for an extended holiday without mobile phone access, without internet access, in fact I’m not contactable for the next 12 months”.

What would you return to? A business that ceased operating or a business that was flourishing and still depositing healthy monthly profit shares to your bank account?

Mastering the power of delegation is the first step in that process. Of course you can’t delegate unless you systemise and process your business.

Billy Houston became an expert in the power of delegation.

It’s part of how he built two massive businesses worth circa 500 million USD each. One that listed on Wall St and the other on the Hong Kong Stock Exchange.

Yep, Billy Houston is a pretty amazing character. If you want to learn how to take a small business and turn it into a large business and like to read stories about inspirational characters, people who don’t have a fear of failure and never give up then you’ll love reading about the exploits of Billy Houston.

I’m giving away a FREE digital copy of my brand-new financial thriller BILLY HOUSTON FALL FROM GRACE to the first 100 people to join my mailing list! Click here: http://eepurl.com/dCUTzv

Or log onto www.gregholman.com.au to purchase a copy of ” Billy Houston Rags to Riches “. 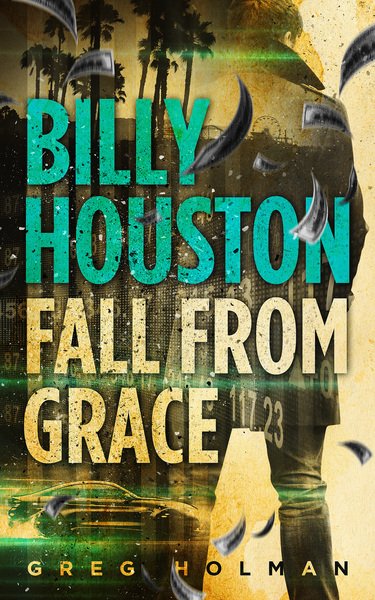